A “rich coast” above and below, Costa Rica has one of the highest concentrations of biodiversity in the world and there is no shortage of this under the waterline. Exploring the plankton-rich Pacific, reveals a complex and beautiful ecosystem with all members of a colorful food chain represented.

As we headed out toward our first dive site, I took in the spectacular view of the Guanacaste coastline that was scalloped with large beaches and small coves, all with interesting names like Culebra, Danta and Cuenca. Rocky points divided alternating white- and black-sand beaches and bays, creating an especially unique look to this shoreline.

Islas Catalinas (Catalinas Islands) were ahead of us, with the main island towering above the others. Green grass and tall cactus plants grew in abundance on this island’s monolithic slopes. Exposed, multilayered rock near the base of the island, showed its volcanic origin.

Widow was one of the rock formations just breaking the surface nearby and was chosen as our second dive site. Underwater, there were giant hunks of stone jumbled together around this seamount, appearing freshly broken off by some force of nature. Visibility was at 40 feet here, with a distinct thermocline of no more than a few degrees, at about 55 feet. 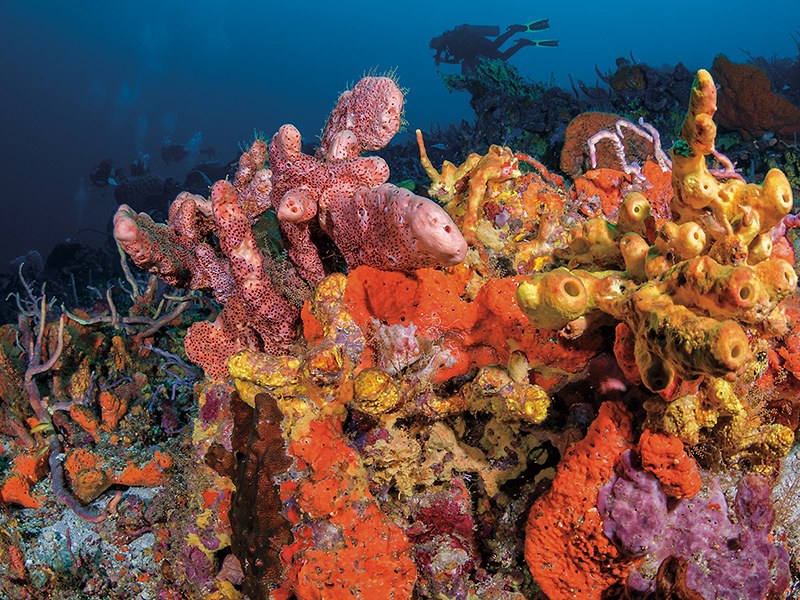 The most southern island of the Eastern Caribbean offers an eye-popping palette of color and motion, on Speyside’s dramatic reefs. Everything seems bigger and brighter here, as you drift through some of the most exquisite reefscapes.

Situated on the South American Continental Shelf, Tobago is washed by the North Equatorial Current from the Atlantic on the east, and by the Guyana Current from the south. The Atlantic Current brings clear, blue water to the reefs that is important for coral formation and growth.

The occasionally fierce Guyana Current bathes them in nutrient-rich water, creating magnificent reefscapes and shaping some of the largest corals and sponges not found anywhere else in the Caribbean.

All of the dive sites in Speyside are less than 10 minutes from the jetty and are mainly done around Goat Island and Little Tobago. The colorful reefs in Speyside are profuse with corals, sponges, fish and large pelagics. We were going to be diving Cathedral. This mild drift dive is located about 150 feet from the southwestern end of Little Tobago and is at the very end of Kelleston Drain, home of the largest brain coral in the Caribbean.

The top of the reef is home to thousands of blue and green chromis, French and bluestriped grunts, large schooling chubs and Creole wrasse. Here, the reef is covered mainly with elkhorn coral, common sea fans and several large boulder brain corals. 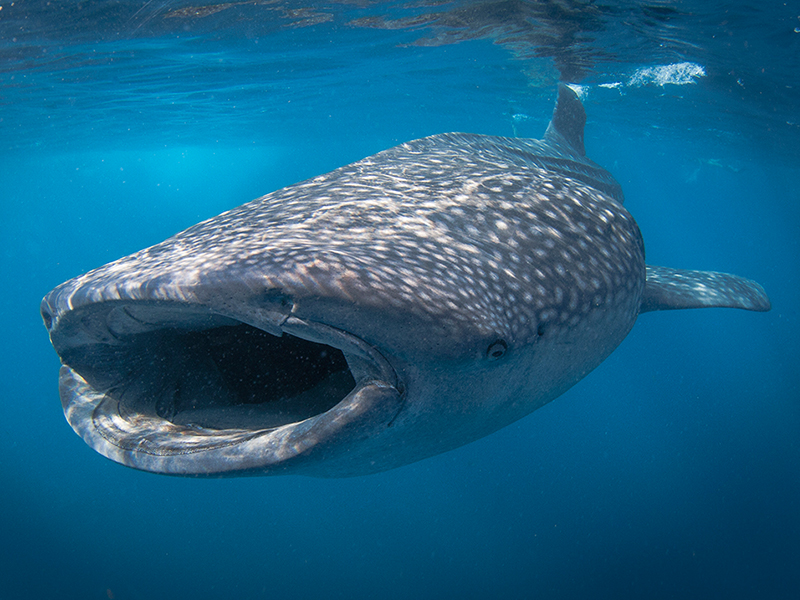 Underwater photography has long been associated with large, heavy camera rigs fitted with multiple flashes on long arms, focusing lights, buoyancy arms to compensate for the weight, and heavy price tags. This is contrary to the technologies currently available (and being developed!) that fit in the palm of your hand, and are capable of producing stunning captures with a single button push.

Natural Light Underwater Photography is a great example of doing more with less. The photographer can happily leave all the gadgetry behind and carry only the camera inside a waterproof housing. In some instances, for shallow depths, even the housing is not necessary.

Photography is all about light. The challenges produced by light that has passed through water, will teach even experienced photographers much about understanding changing light and how that impacts all of their photographic efforts.

Light behaves differently passing through water compared to air. Diffusion, refraction and absorption are all technical terms used to describe the differences in how light reacts to water.
The first thing to remember, is that the clearest waters are not clear at all, compared to air. Divers rave about 100 feet of visibility, but this would be the foggiest day topside, grounding most aircraft.