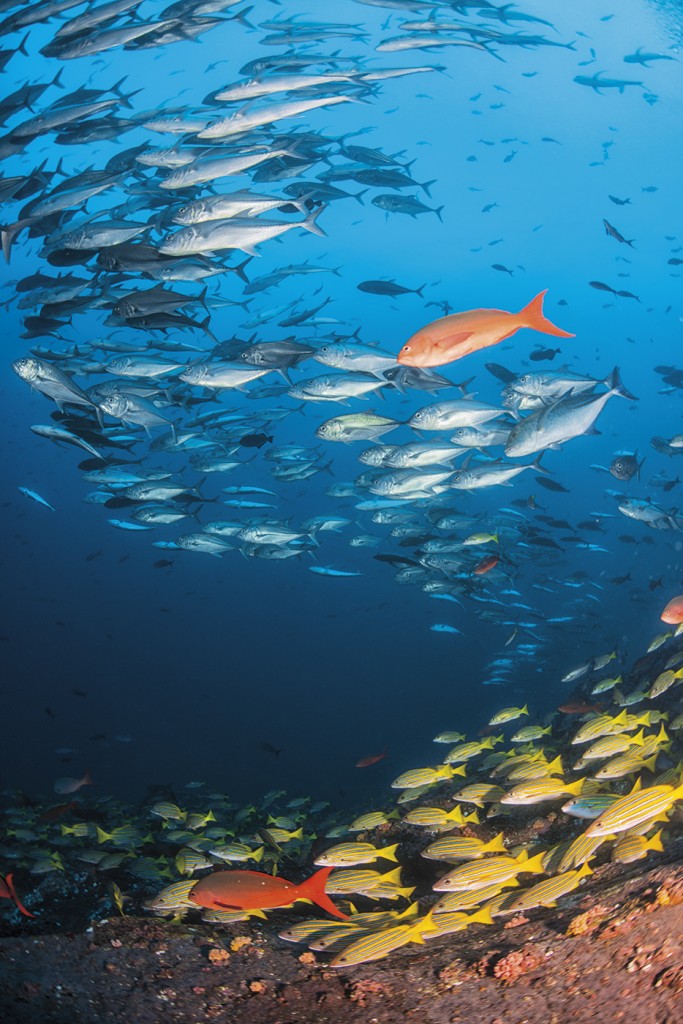 Located 340 miles southwest off the Pacific coast of Costa Rica, Cocos Island is an oceanic island and a mere dot in the Eastern Tropical Pacific. Under the most favorable conditions, the commute by sea from the mainland, can take up to 36 hours! It is the largest uninhabited island in the world (only Costa Rican Park Rangers reside there) and the only one with a wet tropical climate that nourishes the very dense vegetation that completely covers it. There is an average annual rainfall of more than 275 inches and it rained every day except for the last day of my trip.

This oceanic tropical island, hundreds of miles out in the Eastern Pacific Ocean, abounds with life and biodiversity. Pelagics are the main marine attraction, especially numerous species of sharks but macro life is also intriguing. Cocos itself is verdant, pure and uninhabited, naturally littered with numerous waterfalls and covered in dense rainforest.

The topography of this 9.2-square-mile island is very uneven with Cerro Iglesias, (the highest peak and an extinct volcano) almost 2,000 feet high, towering over the undulation. Literally hundreds of waterfalls run down its side, earning the island the reputation of an oasis in the middle of the Pacific Ocean.

Cocos Island’s greatest treasures are not the ones brought here by pirates but its natural wealth on land and beneath the surface. They are the 235 known flowering plant species (of which 70 are endemic), the 400-plus species of insects and 90 bird species. It is the sharks, whales, dolphins, yellowfin tuna, sailfish, giant mantas, turtles and rays that truly attract visitors.

Before the sun could rise over verdant Cocos Island, the crew of the Okeanos Aggressor was busy lowering pangas (dinghies), filling tanks and preparing the dive deck for a week of non-stop, adrenalin-pumping diving.

The luxurious 110-foot steel Okeanos Aggressor yacht gets its Greek name from the mythical river that runs around the earth. It has made over a thousand crossings between the town of Puntarenas in Costa Rica and Cocos Island since beginning its service in 1989. 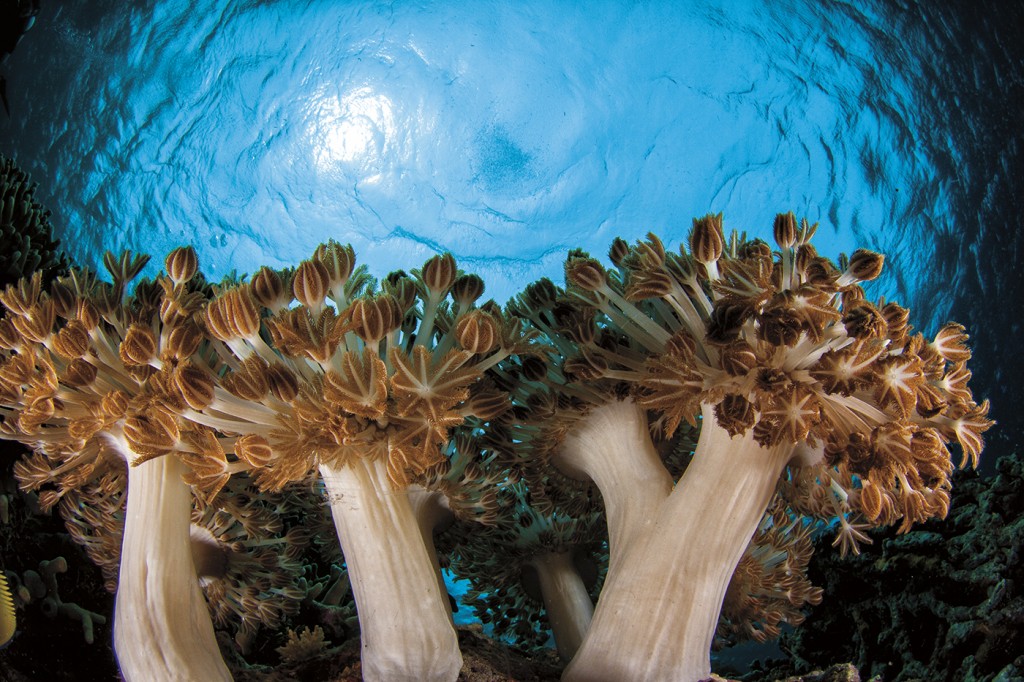 The name Snell’s Window comes from Willibrord Snellius, a Dutch Astronomer and Mathematician, remembered particularly for his calculations of the radius of the earth and the law of refraction. In photographic terms, we use the term to describe a circular lens effect that appears in your image from nowhere, when the camera is positioned perfectly perpendicular to the surface (shooting straight up).

If you have done any reading about wide-angle underwater work, you know that dome size, apparent image, and minimum-focus distance, are all terms that are thrown around to try and describe the magic happening in this lens. It’s all quite dry reading, so let’s suffice it to say that all of the mediums your photographic light passes through, act as lenses. This includes your camera’s lens, the housing port, and even the air and water that the light passes through. The interesting part of this, is that some of these effects are dynamic, particularly in the case of Snell’s Window. It’s there…and then it’s gone, all with a slight tilt in the camera housing.

The ability to “see” in your mind’s eye, an image before its capture in camera, is a skill that has been described by the great photographers of our time. I first heard the term “photographic seeing” from Howard Hall, the award-winning filmmaker who was alluding to Jerry Greenberg, a renowned still photographer and author. The concept folds in nicely with Ansel Adam’s approach to “making” a picture vs. “taking” a picture. As divers, we often get only a brief encounter with our subjects, so composing a tight scene is problematic—sometimes you only get one shot at it before your subject swims away or you need to begin your ascent.